Fleshing Out the Immigration Debate

Not surprisingly, a national immigration conversation that starts with a wall lacks fine tuning. In the October 31 issues of The New Yorker, Kelefa Sanneh performs a public service by walking us through the more substantial conversation that is going on between authors that started before the current presidential campaign and continues outside the realm of talking heads and sound bites.

The questions are not about the criminality of Mexicans or the threats posed by Muslims, but matters that are more basic: What do we gain from immigration, and at what cost? “In America, especially, voters respond to the sentimental but not fictitious notion that their country draws immigrants from around the world, all hoping and expecting to do better than they could have done at home,” Sanneh writes. “Immigration may be, as [author George J.] Borjas puts it, ‘a net economic wash,’ and yet there are still good and strong reasons for us to say that we want more of it.” 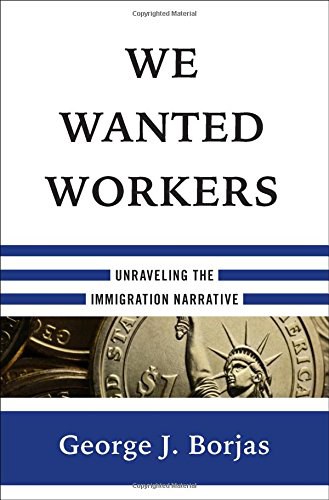 Borjas’ We Wanted Workers (Norton) and David Miller’s Strangers in Our Midst (Harvard University Press) start Sanneh’s review of the literature, but the conversation he discusses ranges from Ann Coulter and her¡Adios, America! The Left’s Plan to Turn Our Country Into a Third World Hellhole—which convinced Donald Trump of the necessity of walling off America’s southern border—to Joseph Carens’ The Ethics of Immigration. In the process, bigger questions are asked. What right does any country have to its borders? What are our obligations to immigrants? Sanneh writes:

Part of what animates immigration restrictionists like Coulter is the sense that newcomers are being given special privileges. She says it’s crazy to think that “we have to treat immigrants as if they’re black people and we’re making up for the legacy of slavery.” But Carens thinks we do have a special duty to immigrants; namely, a duty to make them feel like members of society. And he wants politicians to be attentive to the “symbolic meaning” of immigration regulations, which might send a hostile message even if they aren’t inherently oppressive.

Sanneh moves smartly and with easy precision through the conflicting positions, and he takes everybody seriously. He doesn’t accord Coulter more credibility than she merits, but he doesn’t dismiss her out of hand either. There are real anxieties reflected in her writing, even when her “facts” are more ephemeral. Sanneh’s piece doesn’t have a clear political agenda either. It’s pretty clear that he finds Trump’s approach simplistic, but he points out that Hillary Clinton may oppose Trump’s wall on the Mexican border, but she hasn’t said anything about taking down the partial wall already built.

Not surprisingly, Sanneh and the writers whose work he reviews find the usual immigration talking points on either side incomplete, and a lot of commonly accepted truths aren’t as true as those who use them believe. Still, he sees reasons for optimism about how the immigration conversation will move forward. At a time when our national politics are often short-sighted, immigration is evidence that they aren’t always so. He writes:

The good news is that voters, too, tend to be driven by much besides self-interest—if this were not the case, we might already have embraced the high-skilled-immigrant program that Borjas says would enrich us. Voters seem to like the idea of providing sanctuary to refugees, especially if they can be convinced that the refugees aren’t gaming the system. In America, especially, voters respond to the sentimental but not fictitious notion that their country draws immigrants from around the world, all hoping and expecting to do better than they could have done at home.