The Ways We Talk About Immigration 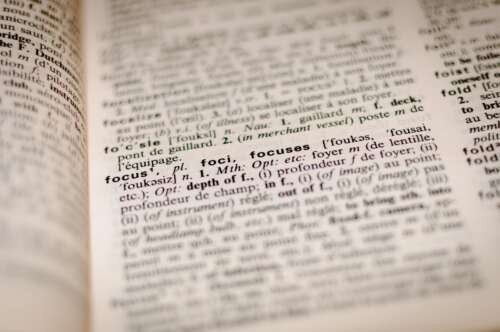 We’ve been talking in the office about the language of immigration and in particular the use of the phrase “unaccompanied minor.” The legal-sounding euphemism mutes the reality of the situation for families that are so afraid and desperate that they think their children have a better chance at a good life if they set out on their own across Mexico in hope that somehow they will get into the United States. “Unaccompanied minor” reduces these lives to tallies and leaves out the hopelessness and pain connected with such a decision, and the phrase makes it easier to disassociate our lives and our children from those parents and their children.

The language plays a big role in shaping the debate, and last week, Poynter.com posted a piece by Doris Truong that similarly interrogated the use of the words “surge” and “flooding” in media coverage of what is happening at the U.S.-Mexico border. The metaphorical language certainly adds drama to headlines and vibrancy to the writing, but the imagery the language used to cover immigration damages the discourse and add racially biased elements to the stories. Floods are disasters that cover everything in their paths. Describing the attempts by people fleeing Central America in those terms creates the impression that their desire to enter the country is the bad thing, not the corrupt, violent, impoverished situations they’re fleeing. “Surge” most recently and famously described the influx of American troops into Iran in 2007, and that memory makes people seeking asylum from Central America and Mexico sound like an invading force.

Such coverage misleads readers as to the nature of immigration including who makes up the biggest part of the incoming immigrant population. “The hyperbole in headlines might make a news consumer think of immigrants from Mexico, but the Pew Research Center found that a larger percentage of overall immigrants to the United States were born in Asia,” Truong writes. “And 10 percent come from Europe, Canada and elsewhere in North America.”

Describing what's happening as a "crisis" is problematic because it's ambiguous. Is the crisis the conditions that produce the exodus of children from their homes, or is it logistical as the government tries to figure out what to do with the children? Or, is the crisis being talked about political because of its potential affect on presidential politics? I wish I thought those using the phrase were focused on the reasons the children head north, but considering the inability much of the press corps has putting down the larger electoral narrative, the writing often suggests that it's Biden's crisis and present the "unaccompanied minors" as his burden.

Since the Poynter Institute for Media Studies is a journalism school, the first audience for the writing at Poynter.com is journalists. Truong’s advice, however, applies to all of us who talk about immigration because the language used plays a crucial role in how conversations go.

“The responsible thing to do when reporting on immigration—and other stories—is to be as precise as possible,” she writes. “Be wary of language that unnecessarily dehumanizes our sources and perpetuates unconscious bias against groups of people. Journalists must recognize our power to shape the public discourse. Echoing officials without skepticism can be dangerous, especially when those experts use language intended to create distance.”

Note that Judy Woodruff achieved a Loaded-Language Bingo in the introduction to this 6-year-old clip. Be warned that some of the stories in this report may be triggering.

Photo by Romain Vignes on Unsplash