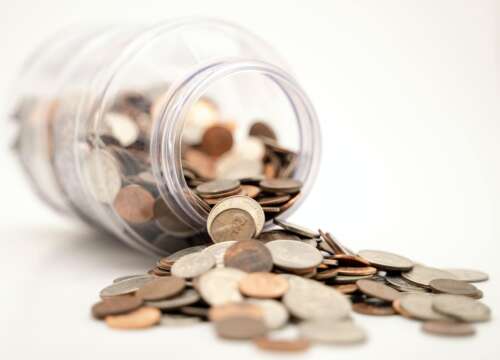 The United States has long had some kind of “public charge” measure factored into the immigration experience, but the Trump administration’s attempt to weaponize it has prompted the Biden administration to make that harder to do. On Monday, August 23, it started the process to develop fairer rules that line up more fully with the country’s ideals and values.

The idea of the public charge dates back to The Immigration Act of 1882, when rules were put into place to try and prevent immigrants from relying on taxpayer support to keep them alive and sheltered if they come to America. The law excluded “any person unable to take care of himself or herself without becoming a public charge,” but from the start the definition of “public charge” was unclear. That left the determination in the hands of the regulatory agents and agencies involved, which meant that it has always been applied unevenly. The perceived willingness and ability to work was often a factor, but that meant body types, stereotypes, and racism often played larger roles than they should in making the determination.

By 1996 and the Personal Responsibility and Work Opportunity Reconciliation Act that President Bill Clinton signed into law, a clearer rubric had emerged, but it was still just that. Clinton’s addition to the consideration was the possibility that immigrants could accept forms of government assistance—particularly medical and nutrition assistance—but they couldn’t rely on it. Again, “rely” was not defined.

In 2018, the Trump administration recognized the opportunity the ambiguity created and took steps to make the framework more restrictive. Those who at some point needed assistance could be considered to be relying on it, according to the rule changes proposed by Trump. Non-economic factors including applicants’ facility with English could be used to determine whether they might become a public charge, as could their age and the number of children they had.

When the rule changes went into effect in October 2019, even applying for SNAP benefits, Section 8 housing, or Temporary Assistance for Needy Families could be taken into account when assessing applicants’ likelihood of becoming a public charge, even if those benefits were never actually needed or accessed. Those changes were almost immediately challenged in court, where the rule was blocked by Judge Gary Feinerman of the U.S. District Court of Chicago. In his decision, Feinerman wrote, "Even assuming that the term 'public charge' is ambiguous and thus might encompass more than institutionalization or primary, long-term dependence on cash benefits, it does violence to the English language and the statutory context to say that it covers a person who receives only de minimis benefits for a de minimis period of time.”

Still, the Trump administration’s efforts could be considered a success if viewed as an extended public relations campaign. The rule was one more signal to foreign nationals considering immigration to the U.S. that they weren’t welcome here, and it told those in the country that their standing was provisional at best. It was one more signal to Americans who feared that the tax money they paid was supporting lazy foreign nationals who didn’t, even if all evidence showed that their fears were unfounded.

In President Biden’s Executive Order 14012, “Restoring Faith in Our Legal Immigration System and Strengthening Integration and Inclusion Efforts for New Americans,” he wrote:

to ensure that our laws and policies encourage full participation by immigrants, including refugees, in our civic life; that immigration processes and other benefits are delivered effectively and efficiently; and that the Federal Government eliminates sources of fear and other barriers that prevent immigrants from accessing government services available to them.

The document that was published on August 23 for 60 days of comment and feedback doesn’t spell out new proposals. Instead, it asks for input to help the Department of Homeland Security develop “a definition of public charge that (1) is consistent with law; (2) is easily understood; (3) is straightforward to apply in a fair, consistent, and predictable manner; (4) reflects consideration of relevant national policies; and (5) will not unduly impose barriers for noncitizens seeking admission or adjustment of status in the United States.”

To arrive at that definition, the document asks a series of question of the public:

The common, hopeful thread in those questions is that they assume there is a place in the United States for immigrants of most economic strata. They’re the kinds of questions that look for a way to include foreign nationals without foregoing an basic idea has been a part of immigration consideration for more than a century.

In 2019, the media and public focused their opposition to the Trump administration’s rule change on the idea of a wealth test. That formulation worked as a way of fueling outrage but missed the point. A resources test has been in place for more than a decade; the outrage would have been better spent focused on how high they pegged it, and how they sent a clear message that the American safety net wasn’t there for foreign nationals, regardless of their immigration status.

Biden’s document tries to rectify that, but the questions asked approach something more important—consistency. It may be inevitable that a certain amount of variability can’t be avoided, but a clearer and more concrete process for determining an applicant’s public charge status would produce better outcomes.

Photo by Michael Longmire on Unsplash.