The Most Disturbing Part of the Flight to Martha's Vineyard 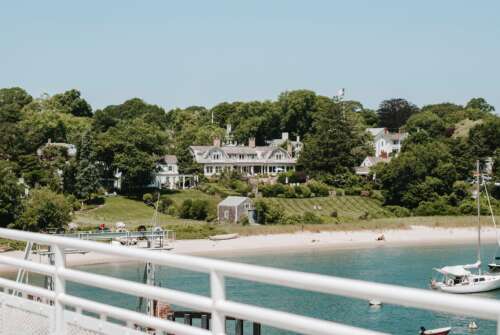 As immigration lawyers, we worry that the media coverage of the Florida governor’s stunt is missing the most salient issue. People aren’t overlooking the governor’s cruelty entirely, but the things that are getting the most attention are less relevant from an immigration perspective.

The lack of interest in why people from Venezuela made the trip to the United States, for example, is disturbing. They appear to only register as a problem because they’re here, and the motivation to travel more than 2,700 miles isn’t relevant. That profound lack of curiosity and empathy is astounding.

Much of the attention has gone to the legality of the process the Florida governor went through to fly asylum seekers to another state. Those lengths are concerning as a matter of law and order, and since the governor has been rumored to be considering a run for the Republican presidential nomination, they stunt give people a reason to think twice about what he’ll do in the name of the law. But telling the story with that as the focus essentially sidelines the asylum seekers. The concern isn’t what happens to the victims of the possible crime; it’s what will happen to the governor.

A recent New York Times newsletter piece focused on how the plans of Florida and Texas’ governors actually helped immigrants by getting them get away from the Texas border, where there’s little work and overburdened assistance programs. The flight and bus rides got many closer to the northern destinations that the immigrants hoped to reach when they came to the U.S., cities with community networks that could help them find food, shelter, and work. That’s certainly true, and it’s good news that many of the immigrants shipped north are able to make that work to their advantage. Still, neither governor had their well-being in mind. They were shipped out specifically to be inconvenient. The Florida and Texas governors saw the immigrants as a problem, and they wanted to make them someone else’s problem.

The most disturbing part of the story is that they were used as tools. The battle was between conservative governors and liberals in the Northeast, and sending the asylum seekers to their districts was an effort to embarrass Democrats and reveal their hypocrisy. The hope was that the influx of immigrants would reveal the lack of sanctuary actually available in “sanctuary cities”—a term that has more to do with how the city’s police interact with Immigration and Customs Enforcement (ICE) than the immigrants themselves. The humanity of the immigrants only mattered to the governors to the extent that liberals would feel an obligation to deal with them, though by going through this process, the governors made it very clear that they feel no similar duty.

The flight to Martha’s Vineyard has a lot of complicated elements to it, all of which merit attention, but the degree to which the immigrants’ humanity was ignored is the most disturbing.

Photo by Aubrey Odom-Mabey on Unsplash.