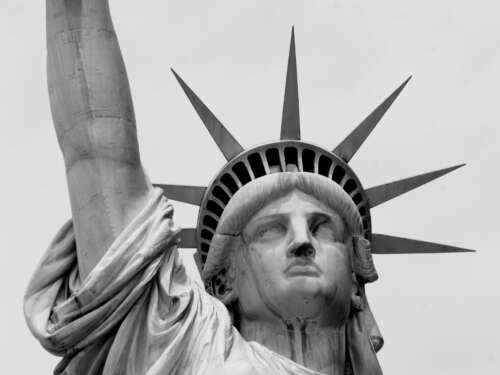 On Monday, the Biden Administration made another announcement that continued the process of slowly making American immigration law more humane. The U visa is for victims of crime, most commonly domestic violence, sexual assault and other serious crimes against the person and sadly, there is a five-year waiting list for them since only 10,000 are issued a year. At the moment, there are 269,000 applications, though not all applicants are in the U.S. Now, Unites States Citizenship and Immigration Services (USCIS) will move more quickly to issue work cards and social security numbers to applicants. This means that applicants will be able to work while waiting for the resolution of what has become a lengthy process.

“These are individuals who have come forward to help law enforcement keep us all safe, but who are in need of a measure of protection for themselves, as well,” Homeland Security Secretary Alejandro Mayorkas said.

USCIS will also apply the 9th circuit case from about six months ago that will allow “derivative spouses” to join a U petition, even if the marriage took place after the date of filing, as long as the marriage exists before the date of adjudication. Previously, USCIS had said by policy and regulation that U visa applicants could only apply for derivative beneficiaries that existed on the date of filing the petition.

These and other moves made by the Biden Administration are part of an effort to fulfill a campaign promise to create an immigration system that better reflects America’s promise as “a nation of opportunity and of welcome.” That phrase comes from a 46-page document titled “D.H.S. Plan to Restore Trust in Our Legal Immigration System” that was written May 3 and lists initiatives the Biden Administration can undertake to undo hostile tone and weaponized bureaucracy established by the Trump Administration. The plan includes reversing Trump-era restrictions on asylum and opening up the possible avenues for relief for members of the L.G.B.T.Q. community that live in countries where they face persecution.

The moves are not the grand legislative gesture Biden announced in his first week in office, but immigration law is a field where regulatory and policy change can be hugely consequential. The Trump Administration used them to make the immigration application process as grueling an inhospitable as possible without passing anything meaningful through Congress and the Senate. Now, Biden can similarly change immigration to better reflect the truth and not the fears about how immigration positively affects the American economy.

Photo by Fabian Fauth on Unsplash