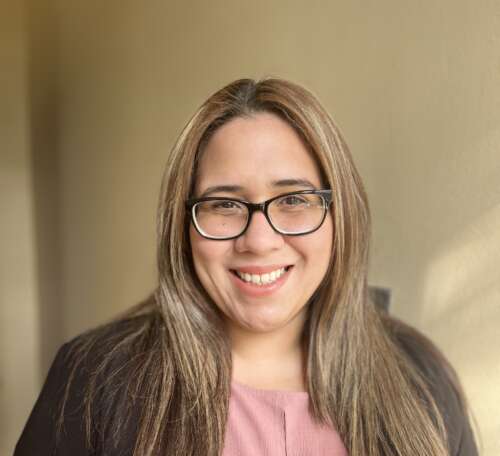 Karla understands immigration from both sides. She was born in Granada, Nicaragua and immigrated with her parents to the United States when she was four months old. Some of her earliest memories are of accompanying her parents and grandparents to their immigration attorney’s office. They were there a lot; it took years for them to obtain lawful permanent residence in the United States. Karla’s parents and grandparents were not fluent in English when she was growing up, so she often interpreted for them, including situations as serious as legal matters and doctor appointments.

She also helped them study for their naturalization exams. The day of her grandmother’s naturalization exam, the officer allowed her into the testing room, but Karla had to promise she would remain quiet. She was excited to actually see what the exam was like and identifies that exam as the moment when she knew she wanted to help and work with immigrants.

Karla went to school in New Orleans, starting in elementary school. She graduated from Grace King High School in 2007 and received a scholarship to attend Loyola University New Orleans. She graduated from Loyola with a Bachelor of Business Administration with a double major in International Business and Economics in May 2011. She took a year after graduating to travel through China with her best friend before starting work in corporate America. That didn’t scratch the itch though, and after three years she applied for an immigration legal assistant position at the law office of Miguel A. Elias, APLC in the Fall of 2014. She worked there for two and a half years before starting as a full-time law student at Loyola Law School New Orleans in the Fall of 2017.

While there, Karla volunteered with the immigration clinic in her first and second years before ultimately becoming a clinic student with the Immigration Law Clinic in her third year. As a clinic student practitioner, she first had the opportunity to represent a client at an Individual Hearing. She graduated virtually from Loyola Law School in May 2020 because #coronavirus.

Karla considers her route to Gasparian Spivey to be the scenic route with one more stop along the way. She worked for a year and a half after graduation for the 24th Judicial District Public Defender Office. She handled criminal matters there and got experience in yet another part of the legal profession. Now she’s glad to finally be doing what she wanted to do all along.