DACA Appeal to be Heard in New Orleans Today 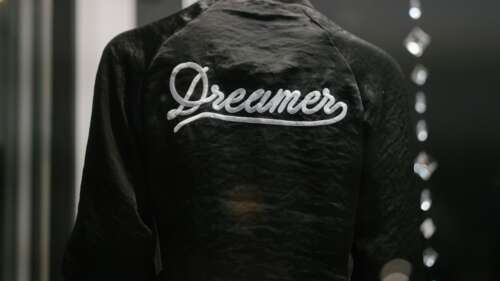 On Wednesday, June 6, the fate of the DREAM Act moves to New Orleans, and as immigration lawyers, the fact that it is still in the courts is discouraging on a number of levels, not the least of which is the message it sends for genuine immigration reform.

As a country, we need the kind of immigration reform that President Biden proposed—with no follow-up—early in his term to deal more consistently and responsibly with the current immigration landscape. If we can’t even agree on what to do with recipients of Deferred Action for Childhood Arrival (DACA) protection—people who are the lowest hanging fruit in the immigration reform conversation—there’s little hope for anything more meaningful.

In 2018, the state of Texas on behalf of eight other Republican-leaning states sued the federal government contending that DACA placed an undue burden on the states, and that it was an example of overreach on the part of the Obama administration that created it. In July, Judge Andrew Hanen of the Southern District of Texas ruled on behalf of Texas. The Justice Department appealed, so now the Fifth Circuit Court of Appeals will hear the case in New Orleans.

Nina Perales, attorney for the Mexican-American Legal Defense and Education Fund, argues that Texas hasn’t shown that it has the standing to bring the case. “Texas and the other states cannot point to an injury that is traceable to DACA,” Perales said recently. “Without injury, there’s no jurisdiction for the federal courts to hear this case.” According to a brief filed by Texas’ attorneys, “DACA imposes classic pocketbook injuries on the States through social services, healthcare, and education costs.” DACA supporters contend that it falls within federal powers to authorize how to spend immigration-related enforcement dollars, and that Texas hasn’t accounted for the ways DACA recipients help the state’s economy, starting with the fact that many are homeowners and pay property taxes that support schools, and many have jobs with health insurance benefits.

It’s hard to see opposition to DACA as anything but an opposition to immigration. Those with DACA protection didn’t choose to come to the U.S. and in most cases have minimal if any connection to their native countries. To qualify for DACA, they have to be actively pursuing their education or serve in the military, and they cannot have they cannot have any serious or significant criminal history, which includes felonies and some misdemeanors. In short, they’re the immigrants that even those skeptical of immigration say that they want, but they don’t want these immigrants.

The stories of how DACA helped those enjoying its protection move into stable, professional, productive adult lives are legion, and if the courts overturn DACA, they will teach immigrants not to trust the American government, a lesson many have already internalized. The more than 250,000 recipients had to provide basic information to apply for DACA, and that could be used to pick them up for deportation if they lose that protection.

The ruling in today’s case likely won’t be the last word, as it’s easy to imagine it going to the Supreme Court. After the recent rulings, it’s hard to feel good about that possibility. The outcome of this case will be simultaneously marginally important and hugely consequential. The ruling will specifically affect a small subset of undocumented immigrants in the U.S., but its impact on the larger dialogue about immigration cannot be overstated.

Photo by rob walsh on Unsplash.