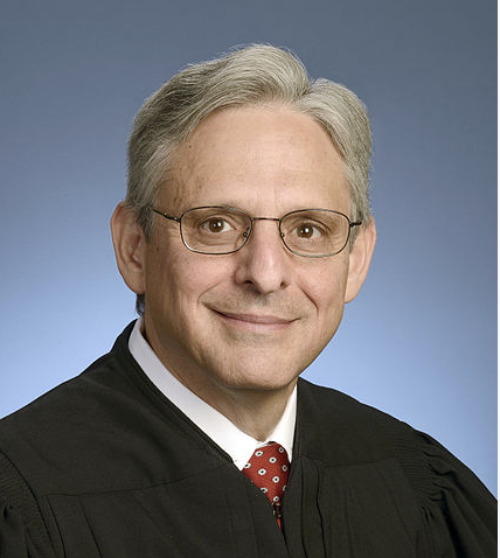 As immigration lawyers, we spent much of the last four years disturbed by the lengths the Department of Justice (DOJ) would go to fundamentally change the government’s posture on immigration. The current administration has been slowly chipping away at some of the previous DOJ’s changes, and on Wednesday last week, Attorney General Merrick Garland took an important step to restore humanity to the United States’ asylum law. Garland vacated two decisions reached by his immediate predecessors, Jeff Sessions and William Barr, that went against decades of precedent and drastically limited what counts as a “particular social group”—a crucial assessment for judges trying to decide an applicant’s eligibility for asylum.

For decades, “particular social group” has been understood to be people that, on the whole, face issues that others outside of their group don’t. In the matter of A-B- in 2018, an immigration court judge found a woman from El Salvador trapped in an emotionally, physically, and sexually abusive relationship to be eligible for asylum because the government and the police did little if anything to protect women in similar relationships. Essentially, the judge construed her as part of a group of El Salvadoran women that can’t get help when dealing with their abusive relationships, and sadly, this is a substantial group. Since the immigration court is under the Department of Justice and not the judicial branch, then-Attorney General Jeff Sessions referred the case to the Board of Immigration Appeals (BIA), chose to write the decision himself, and reversed the immigration judge, contending that asylum claims had been incorrectly expanded to include victims of domestic violence and gang violence.

“The mere fact that a country may have problems effectively policing certain crimes—such as domestic violence or gang violence—or that certain populations are more likely to be victims of crime, cannot itself establish an asylum claim,” he wrote.

His decision flew in the face of precedent dating back to 1996 and the Matter of Kasinga, which involved female genital cutting. Even though the particular social group didn’t have a name, membership cards, or the markers of some kind of central organization, it was clearly a group that shared specific characteristics and challenges not faced by those outside the group. By specifically mentioning domestic violence and gang violence, Sessions wrote a decision that could be easily read as an attempt to stop the flow of asylum seekers from Central America, where gangs, corruption, and violence against women were often part of the asylum seeker’s fact set.

Garland vacated Sessions’ ruling in Matter of A-B- from 2018 and William Barr’s ruling in Matter of L-E-A-, which involved a Mexican man who faced threats of violence and death from a drug cartel after his father refused to allow them to sell drugs out of his store. The BIA ruled that the immediate family could be considered a particular social group, but Barr reversed them in 2019. He argued that Congress never meant to “cast a net so wide” as to define a family as a particular social group, and while he recognized that specific families may have distinctive, recognizable shared characteristics, the “average family . . . is unlikely to be so recognized.”

Garland similarly instructed that Barr’s ruling no longer be considered applicable, and that judges and BIAs should look to decisions from before L-E-A- for precedent. Gupta’s memo is a straightforward resetting of the way the law should be interpreted, and it lacks any of the criticism that followed Barr’s decision at the time. American Immigration Lawyers Association Second Vice President Jeremy McKinney wrote at the time, “Matter of L-E-A- is a poorly-reasoned decision from an Administration that seems intent on ending legal asylum. AG Barr’s decision ignores decades of circuit court case law which has concluded that families are the ‘prototypical’ or ‘quintessential’ particular social group to qualify for asylum. Courts, like the 4th Circuit Court of Appeals in Richmond, Virginia, have voluminous case law directly contradicting the Attorney General’s decision today.”

The Harvard Law Review counted off the inconsistencies in Barr’s decision including his odd sureness that a family wouldn’t be recognized as a particular social group despite the fact that “specific family units generally are recognizable by society at large, through a host of laws and social structures like marriage, inheritance law, and even zoning laws.”

That article concluded, “While claiming to adhere to the social distinction and particularity tests, the Attorney General in L-E-A- II attempted to eviscerate an entire category of social group that has been upheld for decades. This opinion stretches the bounds of even the social distinction and particularity tests, which supposedly merely ‘refined the standard for identifying social groups.’”

Garland’s decisions are consistent with President Biden’s promise to roll back efforts made in the last four years to limit even legal immigration when possible and make the process discouragingly onerous when it wasn’t. There’s still a lot of work to do, but the steps so far reflect a fundamentally different philosophy toward immigration than we experienced during the last four years. A s Associate Attorney General Gupta wrote, “These decisions involve important questions about the meaning of our Nation's asylum laws, which reflect America's commitment to providing refuge to some of the world's most vulnerable people.”