Immigration Inconsistencies Need to Be Addressed 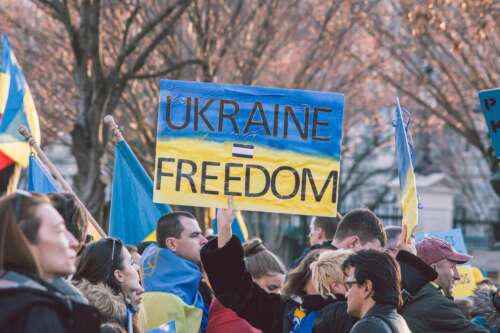 Sunday’s New York Times featured a story about people fleeing the fighting in Ukraine trying to immigrate to the United States. As immigration lawyers, we’re happy to see stories that reflect the realities of immigrants’ lives and the processes they have to go through to enter the country. It’s also encouraging to see the Biden Administration continuing to engage the needs of Ukrainians who find themselves suddenly under assault. It is beginning to explore ways to reduce the amount of red tape necessary for refugees and those experiencing refugee-like conditions to enter the country, and that’s a big step.

Still, “Ukrainians Are Trickling Into the U.S. to Warm Welcomes” by Miriam Jordan says that in the big picture, we still have a ways to go.

The story opens with an account of Paul Chorney, a 36-year-old roofer from Sacramento driving to Tijuana, Mexico to pick up a Ukrainian family to bring them to his home. Chorney was 18 when his family immigrated from Ukraine, and his church is working to help Ukrainian families fleeing the fighting find shelter in the U.S.

Mr. Chorney met the Ukrainians at their hotel about 90 minutes after they checked in, put the weary family in his rental car and headed to the U.S. port of entry.

When they arrived at the booth, Mr. Chorney handed over his U.S. passport. “I got five refugees from Ukraine,” he told the officer, who directed them to another area for questioning.

Sensing their nervousness, Mr. Chorney said, another border officer tried to reassure them. “Calm down,” he told them. “You are in America.”

If Chorney’s immigrants were from Central America, experience says the interaction would have gone very differently. Chorney could have faced up to five years in prison for transporting illegal immigrants, and the border guard who reassured the Ukrainians would have sent Central Americans to the tent cities that have become the homes for people waiting for a chance to present themselves to border guards and request entry.

In general, Americans of both parties have shown support for welcoming Ukrainian refugees. A YouGov poll of 1,500 Americans this month showed 54 percent in favor of admitting them and 25 percent opposed. Those numbers went down significantly for Afghan refugees, favored by 42 percent, and Syrians, favored by 35 percent. A separate Pew poll showed that 57 percent of Republicans and 80 percent of Democrats said they supported the admission of Ukrainian refugees.

It’s discouraging but telling that the percentages in favor of admitting refugees drops when the refugees have different cultures and skin tones. A recent NPR/Ipsos poll showed that 76 percent of Republicans still favor a wall between the United States and Mexico to keep prospective immigrants out of the country. The same poll shows that 52 percent favor banning travel to the U.S. by residents of certain Muslim-majority countries, and 53 percent favor ending the ability of legal immigrants to bring their extended family members to the U.S. In short, the path to immigration for those of white, European lineage has more support than the one for people of color.

The story points to President Trump’s reduction of the number of immigrants that America would accept in a year from 110,000, established by President Obama in 2017, to 15,000 in 2020. He cut staff as part of his effort to make immigration harder and less inviting, he cut staff, and because of that, “The resettlement infrastructure, decimated under Trump, is still struggling to receive and integrate the Afghans who just recently arrived,” says Bill Frelick, refugee director for Human Rights Watch.

The way the Trump Administration gutted whole areas of government and reduced their ability to respond to crises is something that the country will deal with for the next decade, and it certainly has an impact now. President Biden raised the ceiling to 62,500 for fiscal year 2021, but according to Jordan, “only 11,411 arrived during that time frame, a historical low, as the system struggled to regain its footing and the coronavirus pandemic hampered overseas operations.”

Jordan’s article drew attention to the way policy and staffing changes have affected America’s ability to respond to situations like the war in Ukraine, and it inadvertently pointed to America’s need to come to grips with unexamined biases. Immigrants from Eastern European countries are generally viewed sympathetically, where as immigrants with darker skin tones are viewed more suspiciously. It’s good that America is finding ways to help people trying to escape the Russian invasion of Ukraine, but people fleeing gang violence and political corruption in Central America deserve the same efforts on the part of the government and concerned Americans. Their lives are equally in danger.

Photo by Gayatri Malhotra on Unsplash.