The DACA Decision is Just the First Step 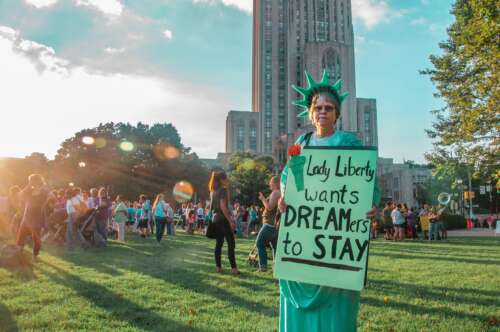 On Thursday, the Supreme Court overruled by a 5-4 margin the Trump Administration's 2017 decision to end the Deferred Action for Childhood Arrivals (DACA) program. That’s good news, but it’s not great news. Chief Justice John Roberts’ opinion made clear that “We do not decide whether DACA or its rescission are sound policies,” and instead he castigates the Trump Administration and particularly the Secretary for the Department of Homeland Defense Elaine Chow for the poor job they did laying down a legal basis for the action. His opinion doesn’t embrace DACA and signals that it could be in danger again if Trump wins a second term and puts forth a token effort to make the order look like something other than an exercise of power.

Still, a win’s a win, and 700,000 to 800,000 DREAMers that have built lives in the United States won’t be uprooted and sent to countries that they have never called home. We don’t yet know when or if the program will be restarted and new DREAMers can register, and the ones who are part of the program are no closer to a path to citizenship or a viable way to fully participate in our democracy. They remain emblematic though, of a conversation that needs some fresh thinking.

The national conversation on immigrants focuses on who deserves to be here, and DREAMers are at the top of that list. That their futures ended up at the Supreme Court is a sign of how broken our immigration conversation is in 2020. DREAMers are discussed as people who came to America through no fault of their own, so sending them to a home they’ve never known is grotesquely unfair. But that’s where they ended up, and assessing their situation in terms of fault and blame implicitly wags a finger at the parents who brought them to America. That binary only considers the way that undocumented immigrants enter the country and not the courage these parents showed when they tried to get to a safer place to raise a family, or the desperate circumstances that prompted these parents to enter the country without authorization.

The focus on “innocent” kids and their “guilty” parents strips away a lot of context needed to deal honestly with the immigrants who have become part of the fabric of American life, and the focus on DREAMers short-circuits a larger, badly needed conversation on immigration in America. They’re the easiest part of the dialogue to deal with, but progress on the DACA front is incremental progress at best. The Coronavirus pandemic revealed the degree to which America’s food infrastructure relies on undocumented immigrants, but rather than deal with that reality and give them a path to a more permanent, legal status, the Trump Administration put a Band-Aid on the situation, declared them essential workers, and issued them letters to help them remain free from removal for the duration of the emergency. After that, they return to a legal no man’s land. Would the Supreme Court upholding Trump’s order and putting DREAMers in removal have forced a more genuine conversation about how immigrants fit into the story in the United States? Maybe, but then again, if family separation and kids in cages didn’t get the country any farther than the standard barrage of social media outrage, maybe not.

Looking to the Supreme Court for help is bound to lead to disappointment for immigration advocates. Justice Roberts joined the liberal wing to send the signal that administration can’t assume that his court will clean up their messes for them. Earlier this week, the Supreme Court overruled the administration’s challenge of California’s “Sanctuary State” law, but again, not out of any professed interest in the realities of immigrants’ lives. Roberts and Justice Neil Gorsuch voted against the administration because they saw the case as a states rights issue, and one that the late Justice Antonin Scalia addressed in 1997 when he wrote in a decision, “The Federal Government may neither issue directives requiring the States to address particular problems, nor command the States' officers, or those of their political subdivisions, to administer or enforce a federal regulatory program.”

Even with language that clear from an icon of conservative jurisprudence, Justices Clarence Thomas and Samuel Alito voted with the president.

In November, people will have a chance to signal that they want a different approach to immigration than we have had for the last four years, but if we want to get out of a good immigrants/bad immigrants national conversation, we need to start having better, more honest ones with each other. Right now, the national dialogue on immigration is dominated by fear—the fear that the wrong person or an undeserving person will get in, and for too many Americans, those fears rationalize the institutionalized inhumanity that has become a hallmark of our immigration policy for longer than we’d like to admit. A better conversation would start from the basis of our national values. Who do we as a country think we are, and what do we stand for? The answers to those questions will help us find other ways to talk about immigrants and immigration that legislators can pick up and get behind. We have quoted many people who have made the economic case for undocumented immigrants, and Roberts actually did the same in his DACA decision, but that’s only one way. Comprehensive immigration reform is badly needed, but it also appears unlikely if the conversation continues to be discussed in the same ways. Let’s start some new ones and see what happens.

Thanks to Maria Oswalt and Unsplash for the photo.