The Census Reveals Economic Reasons to be Pro-Immigration 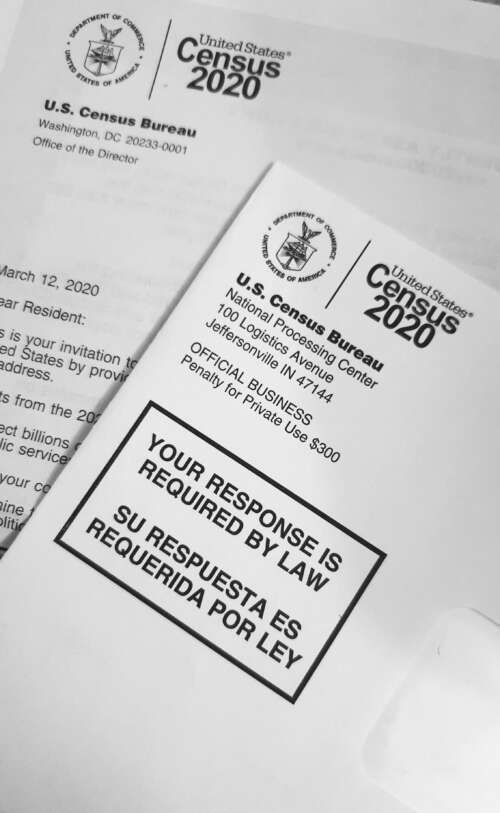 On April 29, The Washington Post made what seems on its face like a counterintuitive argument for increased immigration. Rather than argue the social value of immigration, the paper’s editorial board looked at the census and framed immigration as an economic growth issue. It argues for a more robust immigration policy because “The United States in the past 10  years saw the slowest population growth rate in eight decades, owing both to plummeting fertility and dwindling immigration. Demographic stagnation, and the resulting possibility of anemic economic growth, threaten American vitality.”

As immigration lawyers, we’re inclined to see immigration through the lens of justice, but maybe framing it as crucial to the economic health of the country will helps to win the political fight in a way that human rights, inexplicably in our minds, hasn’t so far.

The core of the argument is that reduced birthrates, an aging workforce, and an effort to slow immigration have reduced the supply of workers for American jobs. The editorial points to the period between 1965 and 2015 as a period of unprecedented economic growth in America and one during which more than 70 million immigrants moved to the U.S. and made up 13.7 percent of the overall population. On the other hand, Japan has just gone through a decade of lackluster economic growth during a period of reduced immigration.

But there’s more to the argument for immigration as an economic engine. Ezra Klein argued at Vox.com that “Skilled immigrants are good for economies. They start businesses at high rates, raise housing prices, generate new demand, and contribute far more in state and local taxes than they remove (about $105,000 more, according to the National Academy of Sciences).”  He writes:

It’s worth noting that our intuitions about the effect of skilled immigrants are often really, really wrong. People tend to imagine the supply of jobs as fixed, and immigrants as competing for them with native-born workers. And what do you get when you have more people competing for the same jobs? Lower wages.

In “Room to Grow: Setting Immigration Levels in a Changing America,” National Immigration Forum CEO Ali Noorani and Danilo Zak spell out some of the thoughts that Klein and The Washington Post echo, but they further make the case by thinking of the immigrant in even more basic terms. They write:

The U.S. population is aging, dramatically. Fertility rates are falling, life expectancy is rising, baby boomers are reaching retirement age, and net immigration levels are not high enough to keep pace. According to the U.S. census, nearly one in every four Americans is projected to be 65 years or older by 2060.

At that point, 94.7 million people over age 65 will be living in the country — close to twice the number today. At the same time, the overall population is growing at a slower rate than it has in almost a century, leaving unfilled openings in crucial industries such as health care, agriculture, and information technology.

Not only do these demographic changes leave gaps in the pool of employable workers, but they mean fewer people are contributing to the social safety net while more people are relying on it. Noorani and Zak observe that immigrants tend to come to America during their productive years and contribute to the tax base, even if they are undocumented. America needs now and will need in the future people to work and pay taxes to prop up programs like social security because without them, it will become insolvent. That’s true for any immigrant, even before you factor in the additional economic activity that accompanies immigrants.

Thinking about immigration in such raw, monetary terms feels funky, particularly when we’re so accustomed to thinking about it in humanitarian terms. But, as Vox’s Matthew Yglesias writes, dealing with immigrants in massed numbers has roots in the birth of America.He quotes George Washington as saying, “America is open to receive not only the opulent and respectable stranger, but the oppressed and persecuted of all nations and religions.” Yglesias observes that “Washington’s vision wasn’t primarily about charity or helping others. It was about building the kind of country that he wanted the United States to become. Greatness would require great people. America would need more than it had.”

Unfortunately, Donald Trump and his supporters framed the immigration conversation as being about what America looks like, with their rhetoric aimed at those who feel like the country isn’t the one they grew up in. The conversation had stagnated because they’re talking about it as a culture issue while Democrats and Chamber of Commerce Republicans are talking about it in economic terms. That crosstalk has made it hard to imagine the comprehensive immigration reform and the kind of immigration policy that the census and demographers say is necessary. To his credit, President Biden did at the beginning of his presidency, but the realities of Washington 2021 have stalled what little forward motion the proposal had.

Still, all information points to the economic benefit of immigration on multiple levels, and immigrants will be crucial to America’s future. At this point, we need to get these ideas about the economic importance of immigrants into the public discourse. It’s sadly clear that some people can ignore desperate situations in other countries, but can they also shut out the growing one at home?

Photo by Enayet Raheem on Unsplash