The Role of Immigration for Biden Administration Becomes Clearer 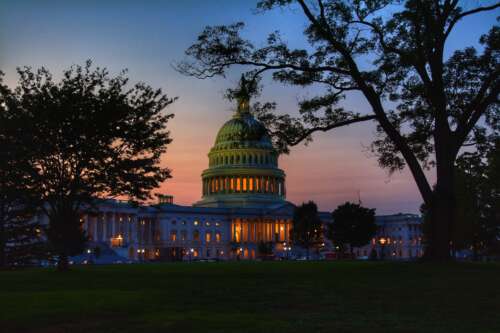 President Joe Biden sent an ambitious immigration reform bill to Congress on his first day in office. The U.S. Citizenship Act of 2021 includes provisions that address immigration, enforcement, and some of the root causes of asylum applications from Central America. As immigration lawyers and advocates for immigration, we hope to see the act become law, and we’re glad to see immigration as one of Biden’s day one activities.

When we wrote about the act, we saw it as the starting point for a negotiation. Biden will have to work some old school Senate magic to get 10 Republicans senators on board to get comprehensive immigration reform past a Republican filibuster, and right from the start, Sen. Marco Rubio wasted no time dismissing the eight-year path to citizenship for undocumented immigrants, saying in a statement, “There are many issues I think we can work cooperatively with President-elect Biden, but a blanket amnesty for people who are here unlawfully isn’t going to be one of them.”

A week later, we have a slightly clearer picture of what comes next, and it’s neither as rosy as immigration advocates hoped or as bleak as those who fear recalcitrant Republicans might think.

White House press secretary Jen Psaki signaled the future of the act when she referred to it as a “first step,” and Sen. Dick Durbin said that he foresaw more status for DACA recipients as a likely result, and Sen. Lindsay Graham agrees. “Comprehensive immigration is going to be a tough sale,” he told The Washington Post. “I think the space in a 50-50 Senate will be some kind of DACA deal,” he said.

“This is the boldest immigration agenda any administration has put forward in generations,” Muzaffar Chishti, a senior fellow at the Migration Policy Institute, told The New York Times. “But given that the Democrats have razor-thin majorities in Congress, the administration needs to have its expectations tempered.” He sees a more modest goal like legalizing farm workers as more likely. Undocumented farm workers were declared “essential” during the height of the pandemic last summer, so it would seem like reality would be on their side, but reality doesn’t carry the weight it once did in the Senate.

Biden’s executive actions will also encounter some opposition. U.S. District Judge Drew Tipton in Texas issued a temporary restraining order to block the 100-day stay on deportations that Biden authorized via memo. Tipton’s ruling will likely be overruled since it is hard to see how Texas will be harmed by the stay. Because the Department of Homeland Security can work around the restraining order, it’s also hard to see how it will have much effect. Still, Tipton’s ruling on the lawsuit brought by Texas attorney general Ken Paxton is likely a sign of things to come as Republican attorneys general who considered lawsuits filed in California to stop Trump rulings to be nuisances and reflexively oppositional will likely respond in kind.

Biden was scheduled to sign executive actions that will address immigration concerns, but those will be delayed. He is expected to create a task force to work on family unification to bring together families separated during the Trump administration, and to rescind a proclamation made by Trump last year during the pandemic to suspend certain immigrant and work visas. At the time, it was an ineffective response to the dwindling job market brought on by the spread of COVID-19. A Reuters story spells out other proposed changes, which we’ll write about when announced.

Biden’s U.S. Citizenship Act of 2021 isn’t exactly mere value-signaling, but in a period defined by COVID-19 and the damage it has done to lives, jobs and businesses, the act won’t be the place where the new president spends all his political capital. Biden can and still likely will make meaningful changes to immigration for the better, many of which would take place at the nuts and bolts level where we spend much of our time. The Trump administration worked to discourage legal immigration through a number of avenues, one of which was ramping up the number of requests for evidence (RFEs), which made filing and approving visas a more laborious and time-consuming activity. Dialing down the number of RFEs to pre-Trump levels would speed up and normalize the process for employment-based immigration, and there is a lot a Biden administration can do along those lines.

Immigrants and immigration advocates are used to politicians talking a good game but not following through, so the concern is understandable that Biden is another politician whose interest in immigration ended the morning after election. What we’ve seen so far makes us believe that’s not the case. Since a lot is in flux though, consult an experienced immigration lawyer if you or family members need or are considering a status change.

Photo by Mike Stoll on Unsplash.