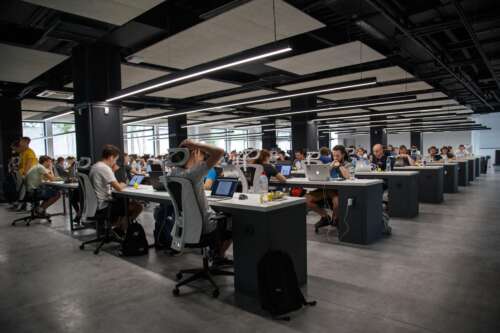 As immigration lawyers who specialize in employment-based immigration, we’ve been watching the progress of the “Fairness in High-Skilled Immigrants Act of 2020” with real concern. Unfortunately, the Senate passed it—S.386—with amendments last week, which means it will go back to the House of Representatives for reconciliation with the version it passed in 2019. This bill would drastically change employment-based immigration in the U.S., and in our opinion, it does so in a way that will hurt employers here in New Orleans and around the country. The bill also affects many types of non-immigrant visas, which will complicate the process for small and medium-sized businesses. We hope you’ll join us in letting your representatives know that you oppose H.R. 1044 / S. 386.

As it currently stands, the U.S. immigration system only allows for a set number of work-related immigrant visas each year, and approximately seven precent of them can come from each foreign country. A would-be immigrant may have an approved visa petition, but if no visas are available for applicants from a given country, then they have to wait until one is available. That wait can take years, even decades in some cases.

The bill is an attempt to address the lengthy backlog of foreign nationals from India and China who have applied for work-based visas and are waiting their turn to enter the country. The wait is the longest in those countries because of the number of applicants waiting for visa, and the bill's answer is to do away with the per-country cap. That sounds like a good thing, except that the overall number of work-related visas available remains capped at 140,000 each year. More than one million Indian and Chinese nationals were waiting for visas in 2019 when the bill was introduced, so it would take almost a decade to clear that backlog, during which time applicants from other countries would largely be boxed out. The bill would drastically change the face of immigration and make it far less diverse.

The bill wouldn’t solve the problem it tries to address because the queue isn’t static. Tech companies continue to sponsor tens of thousands of workers from India and China each year, so after eight to 10 years when the current backlog is cleared, there will be another decade’s worth of additions to the line that will still be subject to lengthy waits. It will require a fix yet again in 10 to 15 years, during which time the face of work-based immigration will have seriously changed. We agree that the wait time for applicants from India and China is intolerable, but the solution that passed the Senate simply changes who has to experience long waits.

This bill is good for tech companies that have applied for these workers, but it will slow or stop all other kinds of work-related immigration including those in the health care, education, and life sciences fields. It also means that those who qualify for and apply for investor visas could spend more than a million dollars to start a company in the U.S. but not be able to actually move to here until 10 or 15 years later. Companies that invest in businesses in the U.S. would face similar waits to bring in specialists and managers that have experience in their fields. Because of that, the bill would create a disincentive for companies to invest in new businesses in the country.

There are a lot of fine-line changes that the bill would bring about. One that we find troubling since we’re based in New Orleans, with a rich music history that has attracted musicians from around the world, is that artists, entertainers, and athletes will find it almost impossible to immigrate for years as well, and will find renewing non-immigrant working visas harder to do.

There is a better bill that addresses the same concerns but more effectively in the Senate. We join with Attorneys for Immigration Diversity and Equality (AIDE) in encouraging them to take up S. 2603—Resolving Extended Limbo for Immigrant Employees and Families (RELIEF) Act—which is a far better solution. According to AIDE, it would:

Supporters of the bill may try to include in the Omnibus or another “must pass” spending bill before the end of the term, so we hope you’ll join us in opposing it.

Call your Senator and House member by calling the Capitol Switchboard at 202-224-3121 (ask for your member) and tell the staffer who answers the phone, “I’m a constituent and I oppose H.R. 1044 / S. 386 from being included in any spending or omnibus bill that Congress is currently considering. Please ask X member to not support. I hope that instead they’ll consider the RELIEF Act.” Ask for hearings on the impact of the bill. Since Vice-President-Elect Kamala Harris was one of the bill’s lead sponsors, there’s no reason to think President-Elect Joe Biden will be the one who stops it.

During a Christmas season shadowed by COVID-19, everybody has a lot on their minds, but this bill will benefit the tech industry and immigrants from a few countries and hurt almost everyone else.

Photo by Alex Kotliarskyi on Unsplash