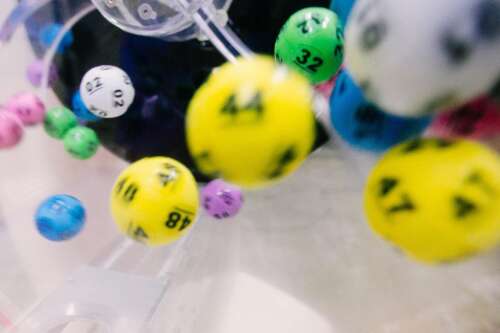 In November 2020, United States Citizenship and Immigration Services (USCIS) announced new regulations that would radically change the H-1B lottery. As immigration lawyers that specialize in work-based immigration, we are concerned by the changes that became official on January 8 and will go into effect in 60 days. Lawsuits will likely prevent them from going into effect as scheduled on March 9, 2021, but we need to pay attention to these changes to be sure.

Under Chad Wolf, Acting Director of the Department of Homeland Security (DHS), USCIS announced that the H-1B lottery would become wage-based, with priority given to higher paid applicants. According to a press release, “Modifying the H-1B cap selection process will incentivize employers to offer higher salaries, and/or petition for higher-skilled positions, and establish a more certain path for businesses to achieve personnel needs and remain globally competitive.”

On the other hand, Jennifer Minear, president of the American Immigration Lawyers Association (AILA) sees the changes as “part of a coordinated effort of the Trump administration to do through executive agency action what they've not been able to accomplish legislatively, which is to essentially eliminate the H-1B visa program.”

The new regulations would fundamentally change the H-1B visa lottery, effectively ending it and instead granting applications based on the highest salary levels and working down. The H-1B visa would still be an option for the well-paid surgeon from another country, but a recent graduate from medical school sought by a small hospital in a rural area would have to be paid far beyond what his experience would merit—and likely what the hospital could afford—to have a chance. USCIS projects that under the new regulations, applicants receiving entry level wages won't get one of the available H-1B visas. According to Minear, “The object here is obviously to make it so expensive to employ H-1B workers that employers will simply not be able to file H-1B petitions.”

These changes would have a few serious consequences. They would favor the well-financed tech sector, which would have the ability to pay foreign nationals well to come to work for them in America. They would also create a disincentive for international students to study in America since one of the reasons to do so is to seek employment in the United States after graduation. According to Miriam Feldblum, Executive Director of the Presidents’ Alliance on Higher Education and Immigration, “H-1B visas serve as a critical pathway for these students. The proposed rule will block these opportunities by imposing a system that grants H-1B petitions based on the highest salary first, locking out many new international graduates of U.S. colleges and universities. Our communities, economy, and country will lose, while other countries that facilitate policies for international students to stay and work will benefit.”

The Biden administration will have a month and a half to decide what to do with these changes. It can’t simply refuse to enforce the rule because the courts have considered that choice itself to be a rule, so it would have to go through the same notice and comment process used to create the regulations. It can be struck down by the courts though, which seems likely. But those regulations were written while Wolf was Acting Director, and when he wrote a similar regulation that the Deferred Action Against Childhood Arrivals (DACA) program didn’t have to accept new applicants, a judge ruled that he didn’t have the authority to make such a decision because he was not properly appointed. That ruling means these regulations are similarly likely to be overturned if they face a court challenge.

The Biden administration has been vague so far in its comments on H-1B visas, so we need to let them know that these regulations create a few winners and a lot of losers, and that the existing lottery is preferable to the proposed change.

We recommend that those interested in entering the lottery continue as if the rule change won’t take effect, and do so early in the process. USCIS usually terminates premium processing at some point when the volume of applications makes expedited service impossible, so the best way to make sure your application is processed is to get it in promptly. We also recommend that those considering entering the lottery consult an experienced immigration attorney since USCIS has been aggressive in its review of applications in recent years. Requests for additional information are common for entry level positions as well as positions in certain industries including the tech industry.

Photo by dylan nolte on Unsplash