Proposal in the Pipeline Would Harm Economy, Education, and States 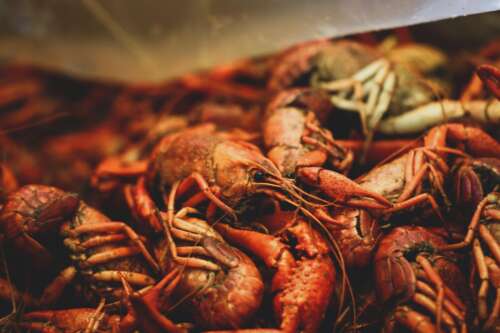 The president hasn’t had a good news cycle for a few months now, so it’s no surprise that he may be returning to the nationalist bread and butter that united his base voters in 2016. Immigration lawyers around the country including us are worried by reports that he plans to block foreign nationals with H-1B, H-2B, L-1 and some J-1 visas from entering the country for 120 to 180 days. This move would be made, like the April 22 presidential proclamation, “Proclamation Suspending Entry of Immigrants Who Present Risk to the U.S. Labor Market During the Economic Recovery Following the COVID-19 Outbreak,” in the name of getting American workers back in jobs after the catastrophic job loss due to COVID-19. But many of the workers who enter the country on these visas do specialized jobs with very specific qualifications, and many states including Louisiana would suffer if Trump makes this proclamation.

Higher education, the oil and gas industry, and the seafood and sugar cane industries are all heavily reliant on workers who enter the country under these visas, and these fields are the backbone of Louisiana’s economy. The visas are used to bring in specialists with specific knowledge as well as workers for jobs that American employers otherwise can’t fill, and stopping foreign nationals from filling them won’t make Americans more qualified or more interested.

These changes would hinder American universities’ ability to hire professors and scholars who are the best in their field regardless of citizenship status—something that is necessary to keep our schools globally competitive. They would also make the United States less attractive to international students, who pay the highest fees to attend American universities. International students are so in demand that Canada has made moves to be more attractive at a time when the United States is becoming more restrictive. The Trump Administration has taken aim at Optional Practical Training (OPT)—jobs held by foreign nationals in their field for a year after they complete their education—but research published by the Business Roundtable in 2018 shows that “reducing OPT participation by 60 percent would negatively affect the U.S. economy and result in the loss of 443,000 jobs over a decade, including 255,000 jobs held by native-born workers.”

It’s hard to see the moves in this area as a legitimate response to unemployment. "Why would he want to cut off critical workforce that will help the economy recover?" asked Greg Chen, director of government relations for the American Immigration Lawyers Association. "It's not a rational or reasonable approach to the stated goals of what they're trying to achieve, which only points to the underlying purpose of effectuating the President's campaign goals of cutting off immigration."

In May, there were approximately 21 million unemployed people in the United States, but only 85,000 H-1B visas are granted each year. If the currently unemployed got all the jobs filled by those workers who'll get H-1B visas this year, that would shave the unemployment number by 0.4 percent. The jobs hardest hit by the economic downturn sparked by the Coronavirus are retail, travel, hotel, airlines, sporting events, concerts and restaurant sectors, and they’re not areas reliant on foreign nationals. They are, however, jobs that will return as the economy opens.

Nine Republican senators including John Cornyn, Lindsay Graham, and Lisa Murkowski wrote the president on May 27 to advocate a restrained, careful approach to visa changes, focusing in part on H-2A and H-2B visas. Those visas bring in temporary, seasonal guest workers for jobs where no American worker is available or qualified to do the job, and the senators recognized the role that H-2A and H-2B workers play to stabilize America’s food supply. They called on the Trump Administration to “[c]ontinue to protect American farmers and other small business owners who work hard to provide our country with fresh food and other vital services by not pausing issuance of H-2A visas in the future.”

The proposed proclamation could come any time, so those who oppose such actions need to notify their senators as soon as possible—Bill Cassidy and John Kennedy in Louisiana. They need to know that cynical, short-sighted gestures to address political needs are unacceptable, will be harmful to important Louisiana industries, and that even temporary pauses in these visas will do damage to states and industries without meaningfully changing the jobless numbers. It’s hard to see how this is even good politics because even his base’s eyes glaze over at discussions of visa types and cap numbers. Trump flirted with some of these changes in May but settled for smaller ones when he faced resistance; he needs to feel similar pressure now before he makes a bad situation worse.