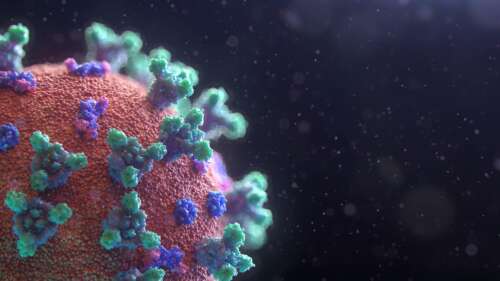 On Monday night, President Trump tweeted, “In light of the attack from the Invisible Enemy, as well as the need to protect the jobs of our GREAT American Citizens, I will be signing an Executive Order to temporarily suspend immigration into the United States!”

This is a sadly predictable move on the part of an administration that has defined itself in opposition to immigrants since the hour that Trump announced his candidacy. Despite all evidence of the economic and social value immigrants add to America, his administration has preferred to act on fears and suppositions of the threats they pose as it worked to slow legal as well as illegal immigration. If Trump signs the Executive Order as announced, it won’t be the first time during the COVID-19 crisis that his administration has taken action against immigration. Starting in late March, Customs and Border Patrol agents effectively stopped accepting asylum claims, stopping migrants crossing the U.S.-Mexico border and sending them back before they can set foot in a U.S. Border Patrol office. The coronavirus pandemic is the official rationale for the practice, but since the effect of stopping asylum on the southern border is one that the current administration has sought for most of Trump’s first term, it’s hard to be confident that the outbreak is the reason and not the pretext.

There may be a legal leg for Trump to stand on. Title 42 of the U.S. Code enables the president to halt immigration for health reasons, though it’s fair to question how immigration would worsen the COVID-19 pandemic. When he announced on January 31 that travel from China was banned, many pointed out that the decision had little practical impact because there were already cases in the United States. At this point, America may pose more of a threat to immigrants’ health than they pose to the country’s. Still, the current Supreme Court has shown a pattern of deference to executive power, so the courts are an improbable long-term solution to this situation, though lower courts may be able to slow its implementation.

It’s hard not to see this announcement as the president focusing on his reelection, playing to the anti-immigration base that has loyally supported him. The decision is also consistent with a pattern during his presidency of changing the subject by dropping a controversial bombshell when the news cycle works against him. Unfortunately, it will have real consequences for applicants, many of whom plan to emigrate to join their families. Others who plan to do so for work or education reasons have had to give up jobs, houses and apartments to prepare to leave, and this will cause real hardship.

Still, as Sam Stein cautioned in The Daily Beast, “The devil will be in the details, as is usually the case with this administration. Trump’s previous bans, including those involving China and Europe as the coronavirus spread, were porous and contained exceptions for citizens (which won’t matter here) and trade interests (which very well could).” The sweeping promise made in the tweet will be the one he and his supporters will fix on when Trump signs the Order, but that may not be the bottom line.

Those who want to help can speak to their representatives, but the best move is to work for change in November. America’s immigration system will remain threatened as long as it has a president who can rally support by attacking it.