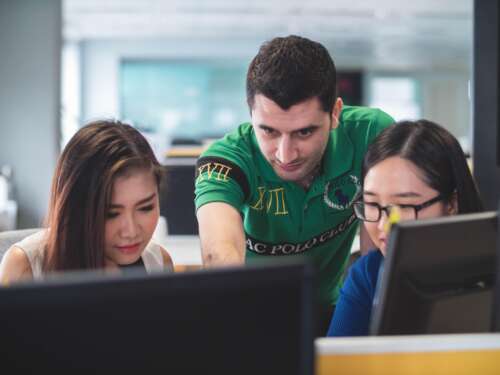 Much of the work we do in our immigration law practice is with international students and higher education institutions. This spring has felt off-kilter not only because of the stay at home order in Louisiana but because Kathleen would have spent much of that time visiting schools at talking to students, advisors, and those connected with international student programs. That made it particularly upsetting when Immigration and Customs Enforcement (ICE) announced on July 6 that the Student and Exchange Visitor Program had modified the conditions that made international students eligible for F-1 and M-1 visas. For the fall 2020 semester, students on those visas “may not take a full online course load and remain in the United States.”

Since then, Harvard University and Massachusetts Institute of Technology (MIT) have sued to prevent the rule change from going into effect. Here’s the story.

On Monday, ICE announced that

The ICE announcement came at a time when many universities are deciding how to conduct class in the fall while the country continues to be at the mercy of the COVID-19 pandemic. Many universities including the California system, Harvard, Rutgers, and Hampton University in Virginia, have already announced that they plan to conduct classes online in the fall, so unless something changes, students enrolled in these schools or in programs that will be delivered online from another institution in the fall need to either leave the United States or find another program. The latter is a complicated option that would involve finding a comparable school that accepts the course credits from the previous institutions. Both options uproot the students within a month of the start of the fall semester.

Continuing their education online from their home countries might not be possible, Margarita Konaev wrote in The Washington Post. Konaev came to the United States from Israel on an F-1 visa, and she points out that “[t]ime differences and unreliable or uneven access to broadband Internet in countries such as Pakistan, Nigeria and Bangladesh may make attending classes regularly nearly impossible. For students going back to undemocratic countries, participation in open discussions typical to a U.S. liberal arts education can be dangerous. China, for example, has been the largest source country of international students in the United States. There is little doubt that the online activities of returning students would be closely monitored by a government infamous for its Internet surveillance and censorship.”

Harvard president Lawrence S. Bacow wrote of the change, “The order came down without notice—its cruelty surpassed only by its recklessness. It appears that it was designed purposefully to place pressure on colleges and universities to open their on-campus classrooms for in-person instruction this fall, without regard to concerns for the health and safety of students, instructors, and others. This comes at a time when the United States has been setting daily records for the number of new infections, with more than 300,000 new cases reported since July 1.”

International students are valued members of a university’s student body for a number of reasons. They help give substance to the idea that a university is a marketplace of ideas and points of view, and in many cases, they represent the excellence that is central to the university narrative. International students are also good for a school’s fiscal bottom line since they pay higher tuitions than other students. When the Trump Administration targeted Optional Practical Training programs that allow international students to work for a year in their field after graduation (and in some STEM fields, for an additional 24 month extension), schools in Canada, Australia, and European countries tried to court them.

The decision, like many the current administration has made regarding immigration in recent months, seems to be driven by the president’s campaign. The president has made it clear that he would like the country to look and function much as it did before the outbreak of COVID-19, and this decision looks like a way to pressure universities to return to in-person classes at a time when the spread of infections make hybrid plans seem optimistic. It also appears to be a way to make life difficult for foreign students with the aim to prevent or discourage legal immigration—to legislate through mandate.

If the courts don’t intervene, even schools that teach classes in person could face problems. If COVID-19 begins to spread through a university’s student body, it’s not clear the international students would be able to stay if the school transitioned to online education. And the students themselves are treated as tools by the administration, with the realities of their lives overlooked as it focuses on the way it can use them. In that way, the situation recalls the administration’s decision to cancel DACA with the hope that Democrats would negotiate to protect DREAMers. This decision, like that one, was callous and puts students’ futures in jeopardy.

If we’re lucky, the courts will grant the injunction and the case can putter through the courts until the conditions that led to the reversal end. International students who are concerned about how this rule change will affect them should contact an immigration attorney with experience dealing with their issues.

Photo by Mimi Thian on Unsplash.